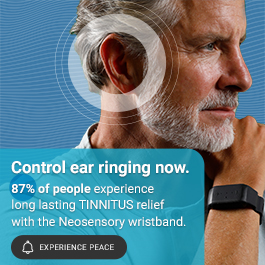 Dec 7
news
Can hearing loss lead to dementia and Alzheimer’s?
Dec 5
article
'It's sexy:' Deafmetal jewelry stylishly secures hearing aids and cochlear implants
Nov 30
article
7 tips for getting used to your new hearing aids
Nov 28
article
Hyperacusis makes most sounds unbearable. Here's what a typical day is like for me.
Connect with clinics near me