Children with hearing loss who receive hearing aids or cochlear implants can thrive at school, research shows, and overcome the achievement gap.

Do you have hearing loss and need to stay in the hospital? It can be a bewildering time for anyone, and communication barriers will only make it harder. Here's what to know in advance of your hospital stay. 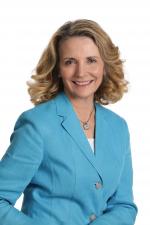 Melinda “Sunni” McBride, Doctor of Audiology, founded South Bay Hearing & Balance Center in 2007. Dr. McBride and her team of specialists have created a dynamic, award winning audiology/hearing aid practice, located in Torrance, that utilizes the newest in high tech equipment and stresses personalized customer service. She and her team have been voted South Bay’s Best Audiologists every year since 2008. The team became a member of the Audigy Group National Network in 2011. As the only Audigy Certified practice in the community, they are committed to providing the highest level of hearing care.

In 2013, Sunni acquired Mission Audiology in Mission Viejo. In 2014, she formed the Sound Wave Hearing Centers Group, a brand which will represent excellence in hearing care now and in the future.

Sunni McBride received her Doctor of Audiology degree from the University of Florida in 2000. She was one of the first Doctor of Audiology recipients in California. Because of her continued success building one of the premiere hearing aid practices in Southern California, she was invited to be the first provider in the South Bay of the Lyric, totally invisible, extended wear hearing aid. As one of the top Lyric providers in the US, Sunni has become a consultant for the Lyric hearing device and has lectured and coached in several countries around the world.

Sunni feels that it is important to raise audiology awareness in the community. She has been a co-sponsor of the Senior Aging Expo. She went on a hearing mission to Guadalajara, Mexico where she was part of a team that fit 2000 hearing aids on needy people. She has appeared as a guest lecturer on CNN and local cable television, taught classes in the Audiology program at California State Los Angeles University and given presentations about hearing to local and professional organizations.

Sunni loves being a grandmother to a growing number of grandchildren. She enjoys hiking and skiing. 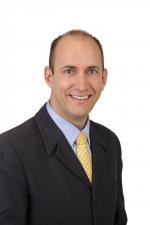 Dr. Ian Gerszewski joined South Bay Hearing & Balance Center in 2016. He quickly became known for his superior level of patient care and concern for the well-being of his patients. He uses a customized process to tailor solutions specific to each patient based on their lifestyle, needs, and goals. He believes that a customized approach leads to greater long-term success for his patients.

After completing a Bachelor of Science degree in Psychology, Dr. Ian continued his studies at the University of Utah where he graduated at the top of his class with his Doctor of Audiology degree (Au.D.). During his studies he worked in a variety of audiology and hospital settings providing him with a wide range of experience. He completed his residency at the Ear, Nose and Throat Center of Utah where he worked alongside a team of neurotologists and ENT specialists.

Dr. Ian earned his board certification by the American Board of Audiology in 2016. In the past he served on the board of directors for Loop Utah, which provided and advocated for assistive listening technology in the community. As a student he served on the board for the Student Academy of Audiology. Additionally, he was one of only 4 students from the United States who was invited to participate in the annual International Audiology Student Conference hosted by Oticon at the Eriksholm Research Center in Denmark.

In his free time, Dr. Ian enjoys spending time travelling and exploring the outdoors with his wife and 3 boys. Some of their favorite activities include hiking, dirt biking, camping, rock climbing, swimming, and snorkeling. 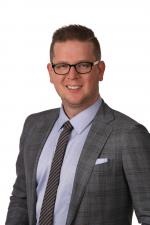 Dr. Matt Young is pleased to be part of the team at South Bay Hearing, returning to his native roots in the South Bay. Matt was introduced to the challenges of hearing loss early in his life, as he was diagnosed with moderately-severe hearing loss at the young age of 3-1/2. The hearing loss was unexpected. Matt quickly began to absorb language after his first hearing aid fitting and has benefited from the technology since then. More than 25 years later, Matt’s hearing loss has become his life’s work. His personal experience with his own hearing loss has provided insight that makes him uniquely qualified to assist others in their hearing journey.

In 2011, Matt moved to Nashville to attend the #1 ranked Audiology Doctorate program in the country at the Vanderbilt School of Medicine. While embracing the southern culture of Nashville as a student, Matt worked for the Vanderbilt Bill Wilkerson Center Audiology Clinic. He devoted his thesis work to studying patient input in conjunction with clinic efficiency. Matt’s love of Nashville and Vanderbilt led him to accept an externship and, later, a full-time clinical position as a Doctor of Audiology specializing in pediatric hearing aids, adult diagnostic, and vestibular diagnostics. Working with children was particularly personal work as Matt often saw himself in his patients and his parents in the families looking for solutions. He is passionate about using his experience to assist others in improving their quality of life through better hearing healthcare. 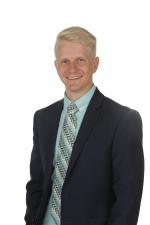 Dr. Christopher Johnson returned to South Bay Hearing in 2018, after obtaining his degree in audiology from the joint doctoral program of San Diego State University and UC San Diego. He is excited to be returning to his home town of Torrance; he attended Riviera Elementary, Richardson Middle, and South Torrance High Schools, and he attended the University of Southern California for his undergraduate studies in Spanish. He also trained musically in voice and guitar at El Camino College. He even had his hearing tested as a young child by Dr. McBride, the founder of South Bay Hearing.

Dr. Johnson performed volunteer work in Ecuador after high school and learned Spanish fluently. This experience gave him a passion for humanitarian work and for traveling abroad to experience other cultures. It also led him to a teaching position in West Los Angeles. After teaching middle school for several years, he worked at South Bay Hearing as a lab technician, audiology assistant, and hearing aid dispenser from 2012 to 2014. The compassion and excellent service provided to patients at South Bay Hearing inspired him to obtain a doctoral degree in audiology.

While in San Diego, Dr. Johnson volunteered with the California Academy of Audiology, the Lion’s Club, and several local schools to provide hearing loss awareness, speech and language services, and hearing aid services to the community. In recognition of his public service endeavors he received the Kala Singh Memorial Scholarship and the Dorothy Lee Elliot Endowment Scholarship. He provided hearing health screenings to athletes from all over the world at the 2015 Special Olympics World Games at USC and continues to seek out opportunities for volunteer service whenever he can.

“Matt was very detailed in his evaluation of my hearing concerns. And they were very quick in getting my appointment set before my vacation. Highly recommended. ”

“Dr. Chris Johnson did a professional review of my hearing deficiencies and recommended a hearing aid which I am most pleased with. He was patient and understanding of the various questions my wife and I had and provided comprehensive and easily understood answers in response. ”

“The preliminary evaluation by Dr. Chris Johnson was the most thorough evaluation I have undergone. The post exam assessment was medically relevant, not based on marketing/sales of devices, but on the patients needs and lifestyle.”

“Your services are as impressive as recommended by my friends and doctors. Your front office is wonderful. The assistance, care, and understanding by Dr. Ian is superb. He is very patient in not only explaining the purpose of using a hearing aid, but helps allay the anxiety of facing the issue of using one. I would highly recommend South Bay Hearing.”

“Most through exam I've ever had. Dr. McBride explained everything involved in hearing loss and how with hearing aids newest technology can make such a difference in your life. Everyone in the office is eager to please. An excellent experience.”

“Ian was very helpful and caring. I was very happy with him and would recommend him to anyone. ”

“I could not ask for better treatment. Dr. Gerszewski was thorough and professional in explaining all options regarding getting started in the use of hearing aids. I recommend this agency for help with your hearing problems. There is no hard sell; the staff only want their patients to be satisfied with the treatment.”

“I was indeed completely satisfied. I have always been impressed by your working model of how a professional office should function. Thanks.”

“Connor adjusts my hearing aids and is so fast and competent. I'm in and out very quickly.”

“She was very informative and wasn't stuck up. I was very happy with her.”

“I like them very much. They're very professional and very helpful. They took the time to make my hearing aids so I could hear better.”

“The subject was the hearing aids... The reason I went there was for the product... She did a great job.”

“He was attentive and was a problem solver . ”

“They were very patient and understanding”

“I like the pleasant, friendly atmosphere and the up-to-date equipment. Dana, the person who usually helps me, is very knowledgeable about the different hearing aids.”

“I was very impressed by the service and help I received at South Bay Hearing & Balance Center. Their knowledge and equipment were outstanding. The hearing aids are the most comfortable I have worn and give excellent results in every situation.”

“I liked the personalized and caring service. Great staff! ”

We are the South Bay's favorite hearing aid providers. We were voted the Best Audiologist of the South Bay every year since 2009.    When you visit our office, you will immediately notice the difference. From the cookies and laughter to the professionalism and top technology, South Bay Hearing is THE place to go for hearing aids.

We provide high technology hearing aids from all of the major manufacturers. In addition, we provide diagnostic audiological testing. We have five doctors of Audiology to serve you.