Itchy ears can be annoying but they shouldn’t prevent you from wearing your hearing devices as prescribed. Read more

Can I get workers' compensation for hearing loss?

If your hearing is damaged on the job, you may be entitled for workers' compensation to help cover the cost of hearing aids and other treatments. Read more

Have hearing loss? Here's why you may want to try auditory training

As easy as playing a game on your smartphone or tablet, auditory training helps you improve your hearing skills by honing "brain hearing" skills such as auditory processing speed and working memory. Read more

COVID-19 and hearing loss: What we know

Does the coronavirus cause hearing loss or tinnitus? Learn about what experts have found so far on the relationship between COVID-19 and hearing problems. Read more

A message from Hearing HealthCare Centers about COVID-19:

We are still open to serve you and we're taking every precaution to disinfect all spaces and equipment between patients. Please call ahead for an appointment, and we are requiring the use of masks per state and national ordinance. 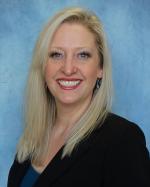 Dr. Whitney Swander attended the University of Northern Colorado with the hopes of helping people, but without knowing how she hoped to do that. Within a very short time, she learned about the roles of Speech- Language Pathologists and Audiologists and earned Bachelor’s degrees in Speech-Language Pathology and Audiology in 1998. Dr. Swander went on to immediately earn her Master’s degree in Audiology in 2000.

Dr. Swander began working at Hearing HealthCare Centers while it was still under the ownership of Jim Boggess in May of 2000. She purchased the Boulder and Longmont locations in 2008, and the company has grown to eight Front Range locations since then.

Over the nearly 20 years that she has been helping people to hear better, she has become even more passionate about the role that hearing technology can play in restoring people’s ability to feel fully engaged in social situations, without having to worry about missing out. As technology has improved over the years, her patients have been able to achieve higher and higher levels of success and satisfaction with hearing aids. She loves watching people take back their life when they take charge of their hearing. Part of her vision is to not only to help people hear better, but to help them live better. She hopes for anyone coming in for an appointment to feel a sense of belonging as they enter the clinic and to know they will be in great hands.

Along with helping people hear better on a local level, Dr. Swander has also traveled to Africa multiple times to fit people with hearing aids through the Starkey Hearing Foundation. When Dr. Swander is not helping patients or running the practice, you can find her gardening, cooking and spending time with husband, Jeff, and two rescued beagles, Maddie and Marley.

“Dr. Annie Swanberg in the Boulder Co Hearing HealthCare Center was my audiologist. She is a detail oriented, knowledgable, and committed to the patient. I spent 3 months with another hearing aid provider in a frustrating attempt to get hearing aids to fit! Fortunately, I did not give in or give up and my continued pursuit of a knowledgable hearing aid professional was rewarded. I highly recommend Hearing HealthCare Centers for their commitment to fitting the individual and the knowledge to adapt your purchase to your personal hearing loss. They deserve a rating of 10.”

About this hearing center

As a young audiologist fresh out of graduate school in 2000, all Dr. Swander knew was that she wanted to help people hear better. Dr. Swander learned that treating patients with care while partnering with them and empowering them to take back their hearing was the way to do it.

Over the years, Hearing HealthCare Centers grew as people caught on to the way we made them feel. Even other Hearing Care Professionals learned that we cared and asked us to adopt their practices as they retired. It didn’t take long to learn that Dr. Swander couldn’t care for all the people who needed our help across the entire Front Range of Colorado, but she was determined not to lose her vision for how to help people as we expanded. The audiologists and administrative team members below have each been thoughtfully and intentionally chosen for their role because of how they are able to carry forth our mission of partnering with people to treat their hearing loss and regain all the benefits that good hearing have to offer.

All of our Audiologists hold Doctorate degrees in Audiology and have many years of experience working with advanced evaluation techniques for hearing loss, understanding speech in the presence of background noise and tinnitus, as well as auditory rehabilitation and verification of medically based hearing aid fittings.

We accept Medicare and most other major health insurance carriers. With seven convenient locations along the Front Range, we pride ourselves on treating you like family and delivering outstanding personal care. Start your journey to improved hearing today.

Disclaimer: This clinic profile is for general information purposes only. Financial aid and insurance coverage can vary widely by policy and should be verified with the provider before services are rendered.