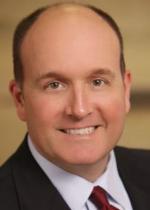 He enjoys spending time with his church community group, serving on the sound team at Watermark Community Church and playing golf. 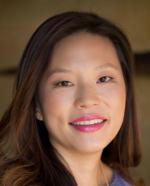 Dr. Feinberg received her Bachelor of Science degree in Speech Language Pathology and Audiology from New York University and her Doctorate in Audiology from the University of Massachusetts. Dr. Feinberg specializes in the evaluation, diagnosis and rehabilitative treatment of hearing impairment as well as balance disorders. Dr. Feinberg understands the struggles patients experience as she has a sister who suffers from a profound hearing loss. 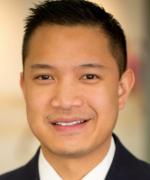 Dr. Brent Joe is a licensed audiologist who earned his doctorate in audiology from the University of Texas at Dallas-Callier Center. He holds a certificate of clinical competence in audiology from the American Speech Language Hearing Association and is a fellow of the American Academy of Audiology. Dr. Joe specializes in diagnosis and treatment of tinnitus, hearing loss and vestibular disorders.

“Susan Feinberg has been very exceptional in providing the best service in advising the best program for me. She is well qualified and has an excellent background for solving any problem that I have had. Thank you very much Mrs. Feinberg”

“Dr. Mainord was excellent. He explained everything so I could understand and really cared. He will definitely be my Audiologist for years to come. Calvert Hearing Care offers many options for every condition and I am thoroughly happy with them. ”

“Would not go anywhere else!”

“Would not go to any other hearing provider. Calvert is the best”

“Dr. Mainord and his staff are awesome. There's just no other way to describe them. When it became apparent that I needed help in the hearing department, I responded to an add for a free hearing test. Dr. Mainord put me at ease immediately and proceeded to examine my hearing and explain to me exactly what my hearing loss was and how it could be treated. I am a piano tuner and rely on my hearing to make a living. I'm also a musician and used to high quality sound. My previous experience with hearing aids was watching my dad deal with his hearing loss. He wore big clunky hearing aids that squealed a lot and he often complained about the "wall of noise" he encountered when in a public setting, and I didn't think I wanted any part of that. Dr. Mainord was quick to point out the advancements made in hearing technology and how these aids could be tailored to my specific hearing loss. Of course, there were problems to overcome in using my new hearing aids in my piano tuning work, and it took a little while to get the settings just right, but Dr. Mainord was extremely patient during this process and eventually we got everything ironed out. I am now on my third pair of hearing aids as my hearing loss progresses, but still am able to work and hear everything I need to hear to do my job right. I feel that Dr. Mainord and his services and staff have been invaluable to me and and enabled me to do my job and live my life enjoying all the sounds that God's world offers up. Thanks! ”

“8 yes ago when I decided to get my hearing aids, I went to CALVERT HEARING in Garland. I received a state-of-the-art technology, Digital sound amplifications so you can hear conversations better, hearing aids - PHONAK cross hearing aids, because I lost 40% right ear and 90% on left ear of my hearing. I was able to maintain my dignity and hear better with the new hearing aids. Calvert hearing provided no hassle 3 yrs warranty and lifetime batteries and cleaning of hearing aids. I love their warranties. I get my hearing aids cleaned and new batteries every 3 months. Doctors and office staff at CALVERT hearing are professional, knowledgeable, friendly and courteous. Excellent audiologist and service. My first hearing aids 8 yrs ago cost upwards of $4K including a tv adapter unit. It was too expensive at that time but know cost is reduced to affordable solution. There’s no downside to using hearing aid. They help most people who try them. I highly recommend the Garland CALVERT hearing location. They keep all the best brands hearing aids, comes with free batteries and cleaning for a lifetime.”

“I appreciate Dr. Feinburg for her expertise in selecting the right hearing aides for me. She also continues to share helpful information on any issues I may have every time I see her.”

“Everyone at the office has been very helpful. Dr Feinberg makes sure my hearing aids are working correctly and makes adjustments as needed. She also has great advice for how to handle difficult hearing situations. ”

“Stay away from this place and its neglectful staff. I chose this location since it’s close to where I live, and had positive reviews -most likely fake- both in Google and Yelp. The audiologist and the staff were courteous, no issue there. I was also able to easily book an appointment within three days of requesting it. However, they really don’t listen to their patients/clients. I went in for ear impressions so that I could order some Sensaphonics sleep earplugs. I communicated this to the audiologist, Susan, during my visit and she mentioned they could order those at no additional charge. I decided to let them order them on my behalf since it’d be easier for me to pick up there, then to mail the paperwork and impressions myself. The coordinator, Lucia, provided me with a business card so that I could email her the “Ear Impressions How 2” provided on the Sensaphonics website which I did before seeing the audiologist. Before I left, I confirmed again in front of both, Susan, and Lucia, that I wanted Sensaphonics earplugs and the audiologist even asked what color. I left the office feeling a bit uneasy as neither audiologist nor coordinator took notes on my instructions. As soon as I arrived home, I emailed Lucia to triple validate they understood which type of earplugs I wanted and brand- no reply. Called and spoke to Lucia the next day and mentioned I hadn’t received a reply to my email and wanted to confirm they had all the necessary details. Lucia confirmed she received the email and would pass down a copy to the audiologist. Two weeks later, I stop by to pick up my earplugs. I received these in a plastic bag, no box, no purchasing order, nothing. A bit odd for $120 earplugs. I get home and try them on and they’re super uncomfortable, I realize there’s no way I can sleep in those. I then searched the Sensaphonics website and noticed all their sleep earplugs are clear due to their softness- mine were hot pink. I immediately called, left a voicemail, and emailed the office, but it was past their 2:00 PM closing time on a Friday. On Monday, I get a call back from some lady (not Lucia) to find out they ordered my earplugs from their provider. I specifically mentioned at least five times through different channels, I wanted Sensaphonics earplugs. She goes on to inform me they can’t order from Sensaphonics. I tell her I want to return the earplugs and I’m told that while they can refund the cost of the earplugs, they won’t refund the impressions’ cost, $50. She asks if I want to schedule an appointment to get new impressions for $50 more. At this point, I’m thinking she might be joking. Why would I continue any business with this establishment? I tell her I don’t want an appointment and I’ll be stopping by to drop off the earplugs. Neither the audiologist or coordinator showed their face when I stopped to drop off the earplugs and they let some other lady apologize for their mistake. I would rather drive an hour if that means I’ll get decent service and what I actually paid for.”

“I had the dome from my hearing aid stuck in my ear. The tech was able to retrieve it. Saved me a trip to the doctor. Very, very nice.”

“Always on time, professional and very helpful. My new hearing aids pair with my I phone. Got a new I phone and had issues getting paired again, but Calvert(Kat) did it in a flash”

“The staff is friendly and easy to deal with. Dr. Mainord is always patient in dealing with my hearing needs.”

“I have been seeing Dr. Feinberg for years. My husband referred me to her. I wouldn’t go any where else for my hearing care. Dr. F speaks very clearly and is easy to understand. She will do everything she can to get you the best quality hearing possible. ”

“The 2 ladies at the Garland location are always cheerful, ready to help and provide the service or order needed.........both are excellent and a credit to the office and Dr, Mainord.”

“The staff at Calvin Hearing in Garland were very attentive, and diligent about getting the right fit and comfort for me. They are kind and thoughtful. ”

“My hero Lucy really helped me during the time of crisis. I have had a great experience with this center.”

“These doctors have helped me so so so very much!!! They make what I had expected to be a difficult process VERY easy and comfortable!!”

“Have worked with Calvert for over 4 years and 2 sets of hearing aids. They are the best and very professional in my opinion.”

“Great staff. They were nice and very knowledgeable. They answered all my questions. It did not take long at all .”

“They were knowledgeable and listened.”

“I have been a patient/client at Calvert Hearing Care for more than 30 years and have bought several pairs of aids from them. Always the best of service, examinations and evaluations. I highly recommend this group of professionals for hearing care and know your will receive the very best care from each of them. ”

“They were very professional.”

“Good service over all.”

Calvert Hearing Care has been helping people overcome hearing problems since 1978. We offer expert hearing care services to patients of all ages. Our highly experienced clinical professionals provide specialized testing, evaluations and offer the latest technology advanced hearing devices available. We can help you make the best choices for all of your hearing needs to ensure a better quality of life through better hearing.

We have 2 convenient locations to choose from:

Our services include the following:

Call us today to schedule your appointment to hearing better.