A message from Audiology & Hearing Center, Cookeville about COVID-19:

We are open to serve you! Please call to schedule your appointment. 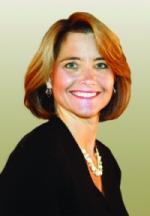 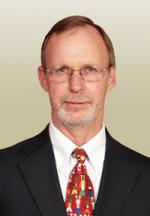 “I've been taken care of by several of the staff here, all have been very professional and friendly. The hearing test was explained and hearing aids were an option, but no pressure to buy. I chose to go ahead and get them, and have been thrilled. In the meantime I've had a couple appointments, and they have taken such good care of me. I would highly recommend them. ”

“I had three problems with this business, but if anyone reading this is short on time, skip to number 3 on the list, for that one is the most outrageous. 1) When I went to them, and as soon as the hearing test was over, I was given the hard sell. The price of the Hearing Aids “recommended” was over $8,000. (Surprise, surprise, that was their highest priced model) When I asked the woman who had done the testing what was the difference in the various models, some of which were considerably cheaper, I did not get a clear answer. This made me suspicious as to whether there was a significant difference in the models. I did not feel I was being helped; I felt like I was being “sold.” 2) When I asked her if my insurance was likely to cover the costs of Hearing Aids, she said "no." Now, I assumed she knew her business, but was surprised that my insurance (being a highly rated one used very commonly in Tennessee) would not help. I therefore was discouraged about getting Hearing Aids. But then later I checked with my insurance, and learned that they WOULD cover most of the cost! Now, how could a person in the audiology business not know that? Why did she not say, “I am unsure--would you like me to have our business department check into that for you?” But that of course would have taken some effort on her part. 3) Now for what really showed their attitude toward their patients. I did not decide right away about getting Hearing Aids, but of course had given my insurance card and they processed the paperwork regarding their fee for that visit. They waved me off goodbye, and I left. I heard nothing from them, so assumed the insurance did as expected and paid for the one visit. A year passed. Then one day I received an odd notice. I could not believe what I was reading. It was a threat from a collection agency demanding that I pay the $60 I “owed” Audiology & Hearing Center of Cookeville, or else action would be taken against me. When I phoned Audiology & Hearing Center of Cookeville’s business manager(?) she showed no interest in trying to understand the situation. She just snarled at me that they had sent 4 notices about the debt. She would not even begin to consider that perhaps they had made a mistake. Instead, she disputed my word, in effect saying I was lying. But I wasn’t. We had not received even one notice from them about a debt. (Sure, I am elderly criminal mastermind who tricks area medical businesses into giving me free care—of course, it happens all the time). The idea of emailing me, phoning me (they had my number) or spend a little to send a registered letter just wasn’t worth it to them. A 30-second phone call would have gotten a good response from me, and it would have all been okay. But no, they would rather disrespect me and treat me like a thief. Never mind that I have never failed to pay a debt in my life, that my credit rating is without blemish, etc. ”


Official Response from Audiology & Hearing Center, Cookeville:
“We appreciate your feedback. Our center has been serving the Upper Cumberland region for 40 years and the recommendations we make are specific to each patient's individual needs, none of our hearing aids are $8,000. Our office always attempts to provide the best care to our patients and the communities we serve. If you have any other concerns you may contact our office directly.”

“I liked everything the best! The people, their care and patience, reputation etc. I just saw their ad on TV, great. I just picked up my new aids the day before. ”

“We were coming through from out of town and called after closing time because my 11 yr old's tubing broke and we were on our way to Gatlinburg for vacation. He really needed his hearing aid to hear all the sounds. Dr. Norwood stayed after closing and waited on us to get there and fixed my son's tubes. They were awesome. They were a true blessing. If we lived there we would use them without a doubt. Their heart is in the right place. ”

“The three things I liked best was Dr. Norwood continually working to help me get optimum performance from my hearing aids, multiple follow-ups to build on initial information - all at once would have been ultimate overload and the "goodie bag" was so fun and greatly appreciated. ”

“Reed Norwood did an excellent job of explaining everything about the testing, procedure and about the hearing aids. ”

“I liked their thoroughness as well as their kindness and knowledge. ”

“Dr. Norwood is very professional. He explained everything in a way I could understand. I love my hearing aid!”

“I liked their understanding, compassion and patience. Variety of aids and know which one is the one best suited for client. Explained proper wear and care for instrument. ”

“He was very knowlegeable about all the products and the physical aspect of hearing. He was not pushy, I didn't feel like I was talking to a sales person so that was a plus. ”

“Dr Norwood and his staff always go above and beyond to ensure my daughter receives the best care. These professionals genuinely do care about their patients!”

“I like the way he completely covered the proper use and maintenance of the hearing aid.”

“I liked the nice way I was treated when I walked in and came out. No one could be nicer. ”

“I appreciated their concern.”

“Very professional explained all in detail. ”

“Dr. Norwood provided information I had never heard before, even in accompanying my mother for several visits to a myriad of specialists for her hearing. Dr Norwood took time, answered all questions, was truthful and very helpful. He obviously put my needs first. I was the priority -- not making money. I am 100% satisfied!”

“She was thorough and really good with my mother. Words cannot explain how happy I am with them. ”

“I liked them because they really talked to me good and they answered all my questions. ”

Services available in 2 locations - McMinnville Hearing Center and Cookeville Audiology & Hearing Aids. All professional services provided by Doctors of Audiology,  who have more than 50 years of combined experience providing hearing care to the Upper Cumberland region.